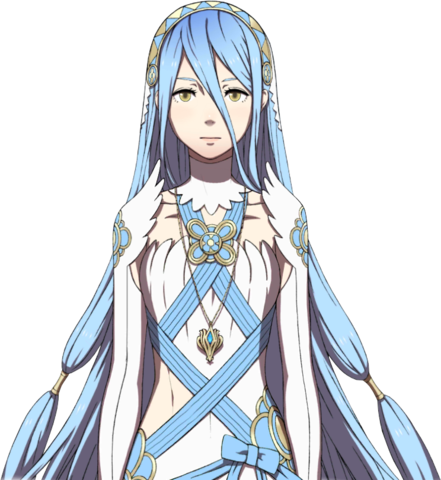 The unit Azura is a playable character in Fire Emblem: Fates. Much like the main avatar Corrin, Azura is of royal birth but was captured and raised by a rival

Conquest Step 10: Use a Level 37 Kinshi Knight Azura to trivialize the map

I will be playing an Ironman challenge run of Fire Emblem Fates: Conquest on Lunatic Difficulty. This’ll be pretty rough. I’ll start from chapter 1 and try to proceed to the end of the game.

I won’t be using DLC, though I will allow amiibos and other things like it, as long as it’s not from the Dragon’s Gate menu. I won’t be hiring outside units from other players, either.

In Ironman runs, I am not allowed to reset the game, use savepoints, or save states. Each action or occurrence is as a result, permanent. Any characters that die will remain dead for the rest of the run, and if I lose the game, the run is over.

If I fail the run and need to restart, I will begin at the Branch of Fate, meaning I will not need to replay chapters 1-6. This is mostly because the earlier chapters aren’t really part of the Conquest route.

Here are all of my playlists for Fire Emblem: Fates!

Thanks for watching, and if you enjoyed the video, please consider leaving a comment or a like. Comments are fun for me and help motivate me to make more videos, and likes help to promote my channel and prove to passerby that it isn’t utter crap! I don’t really care if you favorite it, but if you REALLY enjoyed it that much, have at it.

No comments to show.